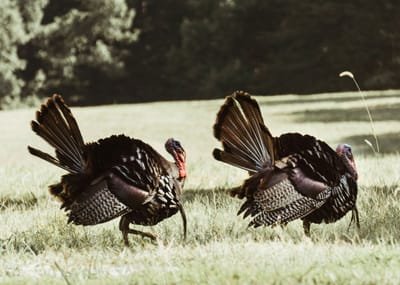 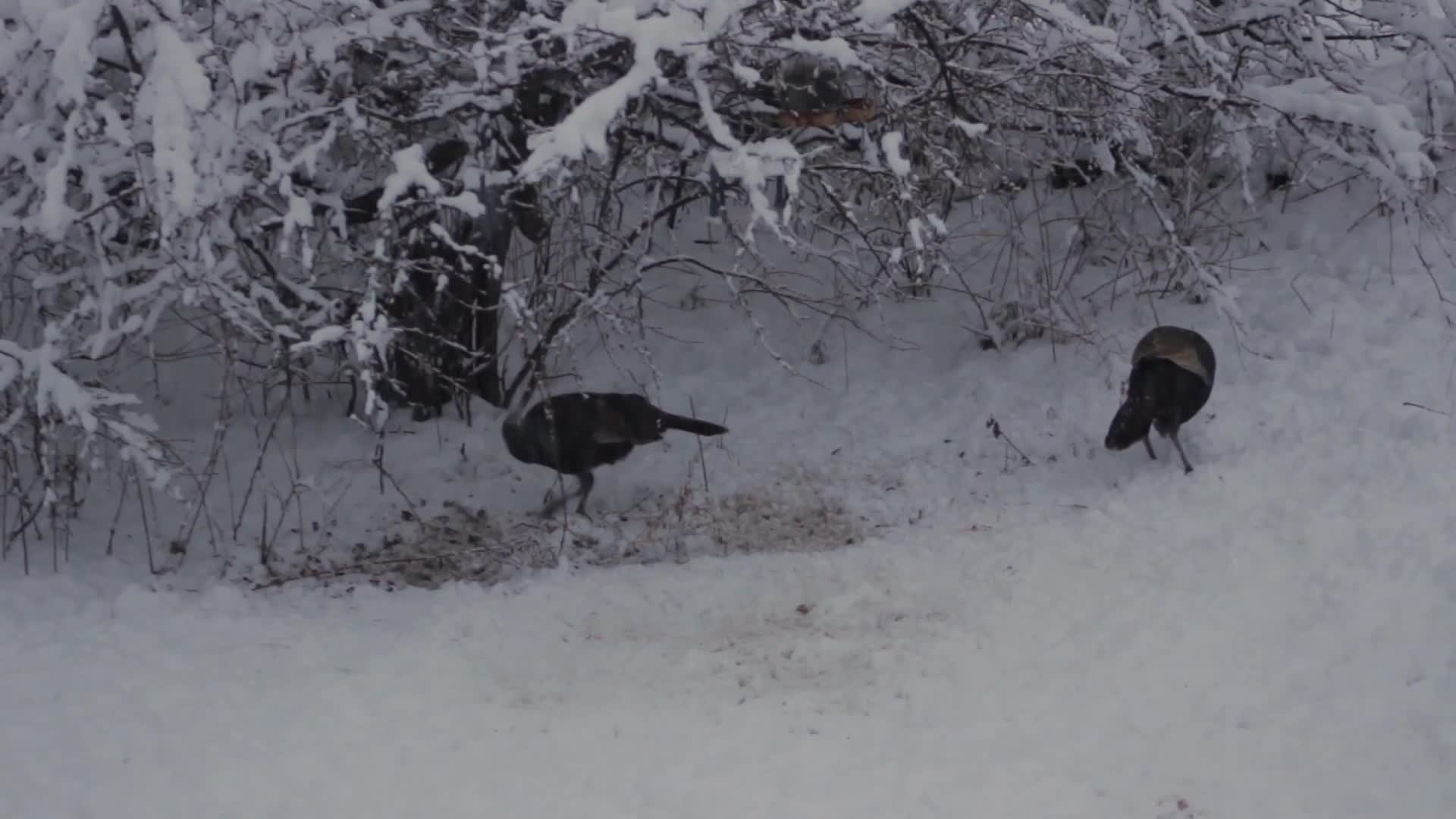 The wild turkey (Meleagris gallopavo) is an upland ground bird native to North America, one of two extant species of turkey, and the heaviest member of the order Galliformes. It is the ancestor to the domestic turkey, which was originally derived from a southern Mexican subspecies of wild turkey (not the related ocellated turkey). Although native to North America, the turkey probably got its name from the domesticated variety being imported to Britain in ships coming from the Levant via Spain. The British at the time therefore associated the wild turkey with the country Turkey and the name prevails. An alternative theory posits that another bird, a guinea fowl native to Madagascar introduced to England by Turkish merchants, was the original source, and that the term was then transferred to the New World bird by English colonizers with knowledge of the previous species