25. Colorado's Great Outdoors In The Movies 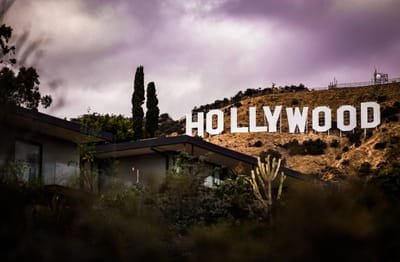 Most of these movies were not filmed entirely in Colorado, but rather include certain scenes or footage from the state. This list is also not exhaustive. If you’re looking for everything that’s ever been filmed in Colorado, check out this IMDb page. You can also learn more about some of these movies and others not mentioned here in our list of 10 famous movies filmed in Colorado.
The Ballad of Buster Scruggs: (2018) Filmed in part at Piney River Ranch in Vail and in Telluride and directed by brothers Ethan and Joel Coen. Watch it on Netflix with a subscription.
The Hateful Eight: (2015) In this Quentin Tarantino film, blockbuster stars including Kurt Russell and Samuel L. Jackson encounter each other in a cabin in post-Civil War Wyoming. But really some of it is filmed in Colorado — near Telluride to be exact. Watch it on YouTube, Amazon Prime Video, Google Play Video, Vudi, iTunes or Netflix with a subscription.
Furious 7: (2015) Yes one of the Fast & The Furious movies did some filming in Colorado, in Woodland Park. Watch it on YouTube, Google Play Video, Amazon Prime Video, iTunes or Vudu with a subscription.
Blades of Glory: (2007) Believe it or not, this comedy with Will Farrell, Jon Heder, Jenna Fischer and Amy Poehler among other stars was partially filmed in Denver inside the Pepsi Center. Watch it on a variety of streaming sources or one-time rentals and see if you recognize the stands around the ice rink.
Catch & Release: (2006) In this directorial debut by Susannah Grant, Jennifer Garner plays a woman rebuilding her life after the death of her fiance… in Boulder. There are scenes you’ll recognize if you’ve ever been to Pearl Street or The Hill outside The Sink. Watch it on a variety of subscription services or one-time rentals.
The Prestige: (2006) This award-winning film is set in Edwardian London and features a story of two rival magicians (Hugh Jackman and Christian Bale). Although a good portion was filmed in California, other parts were filmed in Durango, Telluride and at Redstone Castle. Watch it on a variety of subscription services or one-time rentals.
Everest: (1998) This version starring Liam Neeson was partially filmed in Colorado, but thankfully also in the Himalayas. Watch it on iTunes.
Independence Day: (1996) If you haven’t seen the original epic sci-fi film with Will Smith, Jeff Goldblum and Bill Pullman, there’s no time like the present. Plus, you can do it with the knowledge that some of it was filmed at Peterson Air Force Base in Colorado Springs. Watch it on subscription services or through one-time rentals.
Things To Do In Denver When You’re Dead: (1995) Although this quirky film didn’t get the best reviews, it’s set in Denver and a lot of the filming locations are going to be familiar — including a murder scene on I-70 and scenes on East Colfax. Watch it on iTunes, YouTube, Amazon Prime Video, Google Play Video or Vudu.
Die Hard 2: (1990) In this second installment of the Die Hard movies starring Bruce Willis, the old Stapleton Airport, Breckenridge and Mead make appearances. It should be excuse enough to watch the entire series. Watch it through one-time rentals.
Indiana Jones and The Last Crusade: (1989) In this classic movie directed by Steven Spielberg, Harrison Ford as Indiana Jones spent time in Alamosa, Cortez, Pagosa Springs and the Cumbres & Toltec Railroad in Antonito. There’s even an Indiana Jones-themed bed and breakfast in Antonito. Watch it on subscription services or through one-time rentals.
WarGames: (1983) Watch a young Matthew Broderick hack into a military supercomputer while looking for video games. And then think about how some of the movie was filmed at the Cheyenne Mountain Complex in Colorado Springs. Watch it on YouTube, Vudu, Amazon Prime Video, Google Play Video, iTunes or Cinemax.
Butch Cassidy & The Sundance Kid: (1969) Directed by George Roy Hill and written by William Goldman, this Western is consistently considered one of the best ever filmed. It’s now in the National Film Registry, proving its significance all these years later and it was the top-grossing film in the year it was released. Amidst all the beautiful scenery featured you might recognize shots from Durango, Silverton, Telluride, the Trimble Bridge over the Animas River and areas in the San Juan National Forest. Watch it on Cinemax or through one-time rentals.