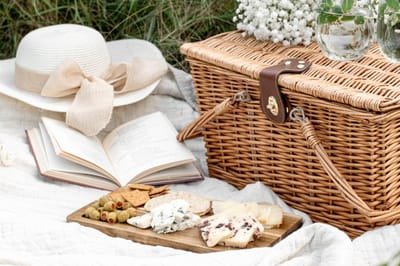 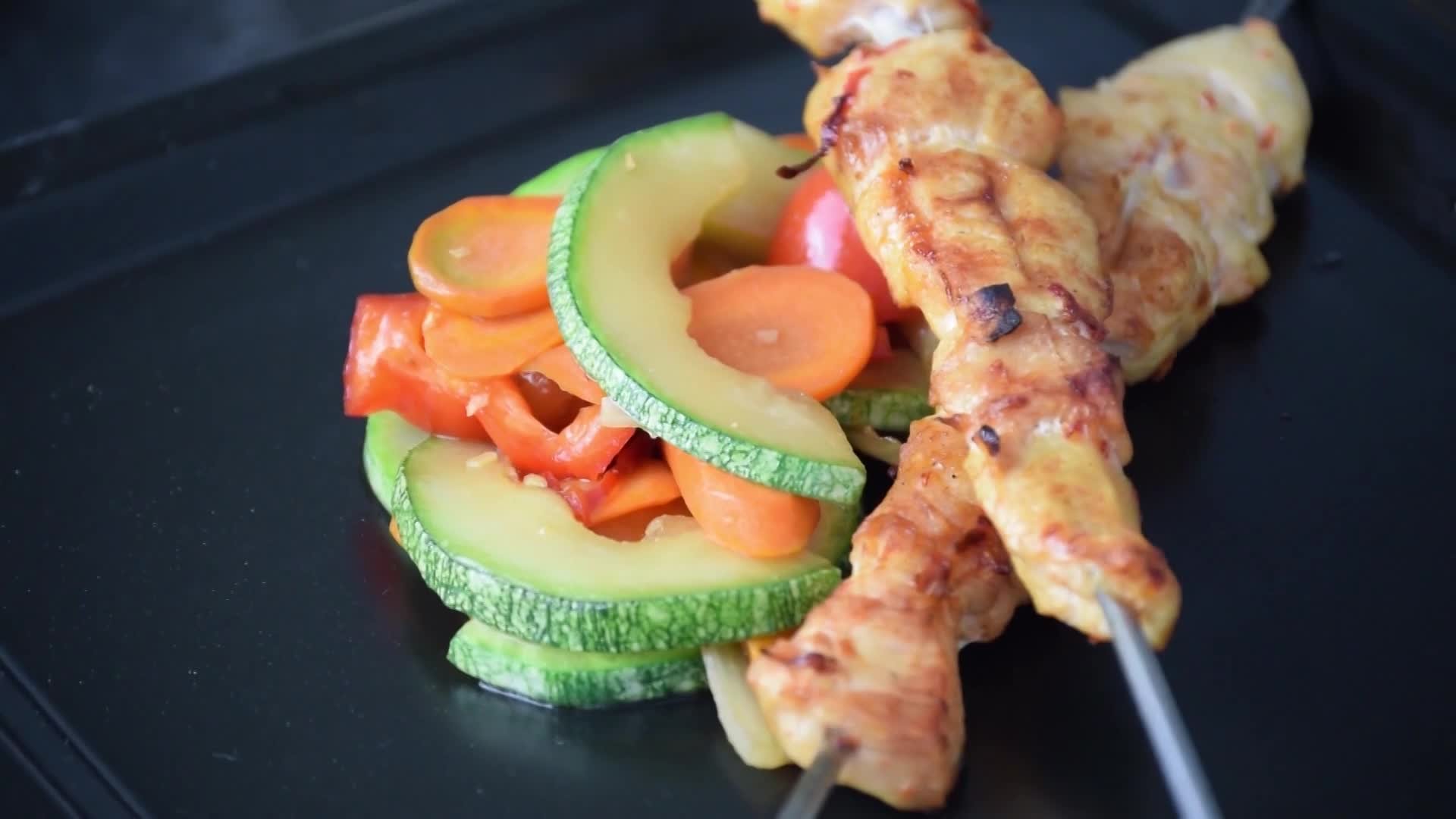 A picnic is a meal taken outdoors (al fresco) as part of an excursion – ideally in scenic surroundings, such as a park, lakeside, or other place affording an interesting view, or else in conjunction with a public event such as preceding an open-air theater performance,[1] and usually in summer.
Picnics are usually meant for the late mornings or midday breakfasts, but could also be held as a luncheon or a dinner event. Descriptions of picnics show that the idea of a meal that was jointly contributed and was enjoyed out-of-doors was essential to a picnic from the early 19th century.[2]
Picnics are often family-oriented but can also be an intimate occasion between two people or a large get together such as company picnics and church picnics or clubs and community get togethers or of community care units. It is also sometimes combined with a cookout, usually a form of barbecue: either grilling (griddling, gridironing, or charbroiling), braising (by combining a charbroil or gridiron grill with a broth-filled pot), baking, or a combination of all of the above.
On romantic and family picnics, a picnic basket and a blanket (to sit or recline on) are usually brought along. Outdoor games or some other form of entertainment are common at large picnics. In established public parks, a picnic area generally includes picnic tables and possibly other items related to eating outdoors, such as built-in grills, water faucets, garbage containers, and restrooms.
Some picnics are a potluck, an entertainment at which each person contributed some dish to a common table for all to share. When the picnic is not also a cookout, the food eaten is rarely hot, instead taking the form of deli sandwiches, finger food, fresh fruit, salad, cold meats and accompanied by chilled wine or champagne or soft drinks.
Wikipedia